It’s like Blue Valentine meets Drive on a motorbike. Only this time Ryan Gosling is lighting up the screen creating a tumultuous relationship with Eva Mendes instead of Michelle Williams. I’ll admit, my interest is super-peaked about this film, especially considering how quietly superb Blue Valentine was, but if this is anything more like Drive, I’m going to be forced to put Gosling in a new category of cinema called “pretentious drama.” Plus, you can already tell by the trailer, he’s probably gonna have to die at the end.

According to the trailer, “critics are raving ‘Drive is the coolest movie,'” but I think I’m a pretty good judge of cool movies and let me tell you Drive ain’t all that. First, let’s take the terrible pacing. Nicolas Winding Refn’s films are notorious for being slim on dialogue and long on stylized takes, but it’s poorly utilized here. What makes the pacing even worse though, and truly emphasizes it, is the music. Synthy, repetitive, indie pop is literally plugged in like the editors just sat there and went, “Ok, well I don’t feel like trying to cut this song to the actual film, so I’ll just slap the whole track in there and make people sit through a couple five minute, boring, slow motion music videos.”

The song at the end of the film, called “A Real Hero,” by a band called College is especially terrible, and even worse, distracting from the great ending. You see, the film has a fantastic story and even better acting, and honestly, Refn’s style-over-substance-cinema wouldn’t be so bad if it were just employed appropriately. This film needs a new editor bad. The lyrics which constantly repeat “He’s a real human being, and a real hero,” are just flat out laughable when put to the serious images during the final scenes of the film. It’s literally the worst pairing of score and movie I’ve ever witnessed. Sitting in my movie theater seat, finding myself actually fidgeting and thinking, “Yes, I get it, he’s a real human being and a real hero. Can we go now?” is not the way I saw myself finishing this movie.

According to Refn, and many critics I guess, he thinks the music speaks for the film in this case. But that would be so much better realized if he just didn’t pick a song that is literally explaining to us that Mr. Ryan Gosling is a real human being (during the day), and a real hero (by night). It’s like the laziest filmmaker move ever. Instead of trusting your audience to get what the film is about on their own, you just tell it to them in some ambiguous, cheesy, Urban Outfitters muzak, by a band that no one will ever make an effort to drive to a store and buy an album from. This unnecessary explanation and use of the song’s lyrics to explain the story however, makes absolutely no sense when you watch the movie, because by night Gosling’s character is aiding and abetting criminals and evading the police while simultaneously endangering anyone else who is on the street at the same time as him. He is most certainly no hero.

Here’s the bottom line: wait till it’s available on DVD/Blu-ray, then kill the score (God, I hope the DVD offers that option), or mute the film at the beginning and end only. Now you’ve got yourself one hell of a movie.

Here’s the song. If you listen to it long enough, it will likely make you want to drive full speed into a wall.

I’ve actually previously reviewed two of Refn’s other films Bronson and Valhalla Rising, and while Valhalla didn’t score many points for me (even though it looked gorgeous), Bronson was enjoyable albeit forgettable. Refn will probably become big(ger) news now, but before Gosling, he was maybe more of an acquired taste for the typical filmgoer. What could really make him stand out and get noticed by larger audiences though (more than the addition of a star like Gosling to his cast), is someone to help him hone his work to finer, sharper point. Conceptual, highly visual and visceral films are great, and even though Drive doesn’t appear nearly as visually striking and rich as his previous work, it’s alright because it also boasts such a rich story. The problem is, Refn doesn’t seem comfortable telling a story without the use of some style or technique picked up from whatever training he’s had. If he’d stop relying on other cinematic elements to do his storytelling work for him, but still employ those cinematic elements, he would be the next Oliver Stone or Tarantino.

It’s a tough cinematic world out there, but I care about the readers of this blog and only want them to spend their hard earned dollars on the good films, so here’s a (sorta) completist’s guide to the 2011 Fall Season of films – starting with September. My plan is, around the middle of each month, to post the next month’s domestic (limited and wide) film releases – while of course providing my own two cents on it. The indicators should be pretty clear: if it’s got a line through it, it does not have my recommendation. That said, give it a chance if it comes on cable someday. 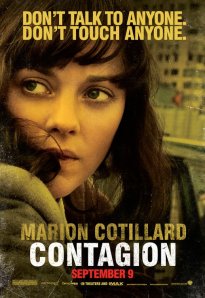 Did I miss anything? Let me know and I’ll add it to the list.